SRS Watch is a non-profit, public-interest organization working on sound policies and projects by the U.S. Department of Energy, with a focus on the Savannah River Site in South Carolina. 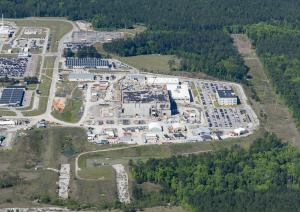 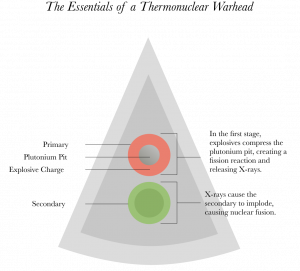 COLUMBIA, SC, US, January 25, 2023 /EINPresswire.com/ -- A key U.S. Department of Energy document assessing the progress of planning for the proposed plutonium pit project at the Savannah River Site reveals a cost range billions of dollars higher than what has been previously known. DOE has not made the document public and it is only now being released by a non-profit organization tracking the costly project.

The document prepared in 2021 by the DOE’s National Nuclear Security Administration (NNSA) - the nuclear weapons agency inside DOE - estimates that the controversial project to fabricate plutonium pits (cores) for new nuclear warheads could range from $8.7 billion to $16.5 billion, far higher than the currently known cost range of $6.9 billion to $11.1 billion.

The cost estimate for the SRS Plutonium Processing Facility (SRPPF) - also known as the SRS Plutonium Bomb Plant (SRS PBP) - is presented in a report by a NNSA team that analyzed the SRS pit project in March 2021, three months before the current cost estimate was released and the project given the go-ahead. The review of the documentation to move ahead with the pit project is titled “Critical Decision (CD)-1 Independent Project Review (IPR) - Savanah River Plutonium Processing Facility (SRPPF).” [Correct spelling is "Savannah."]

The SRS pit “project review,” requested by the acting administrator of the NNSA, was obtained on January 9, 2023 by the public interest organization Savannah River Site Watch via a Freedom of Information Act (FOIA) request. (Key documents are linked here, in SRS Watch news release.)

The document affirms that the congressionally mandated 2030 date to fabricate 50 or more plutonium pits at SRS, in the shell of the partially finished plutonium fuel (MOX) building, cannot be met and makes the startling revelation that the facility would not produce pits until February 2036, a full 2 years after the anticipated 2034 approval to operate, in so-called Critical Decsion-4.

“Given the myriad of cost and schedule threats facing the SRS pit facility, it’s simply not acceptable that DOE will for four years hide updated costs estimate and technical updates for this daunting project,” said Tom Clements, director of SRS Watch, in Columbia, SC. “The shocking cost jumps and continuous delays underscore questions about the need for the redundant SRS pit plant, which is being pursued at SRS to fill the funding hole when the MOX boondoggle was terminated in 2018,” added Clements.

This significantly higher cost estimate of the program to make new plutonium pits for questionable new nuclear warheads is actually higher as “it does not include Fee or NNSA Other Direct Cost (ODC), both of which are still being developed, typically they are 4% and 2% respectively.”

The document is mentioned in a footnote (on page 3) in a report issued on January 13, 2023 by the Governmental Accountability Office – “NNSA Does Not Have a Comprehensive Schedule or Cost Estimate for Pit Production Capability” (https://www.gao.gov/products/gao-23-104661) but the cost information in the just-released NNSA report was not mentioned or analyzed by the GAO. Rather, GAO reported the NNSA’s cost figures from the Fiscal Year 2023 budget justification - $6.9 billion to $11.1 billion. - and cited NNSA’s “concerns that publicizing preliminary or uncertain information would lead to misinterpretation over increasing costs if preliminary numbers rise.”

The GAO also said that “using NNSA’s fiscal year 2023 budget justification GAO identified at least $18 billion to $24 billion in potential costs for the 80-pit-per-year” pit production construction costs at the Savannah River Site and the Los Alamos National Lab (LANL), where NNSA is aiming for production of 30 or more pits per year.

The just-revealed $8.7 billion to $16.5 billion SRS pit plant cost could increase the range of the cost of the two pit facilities to a staggering $19.8 billion to $29.4 billion. Though such a cost is speculative, the increase fits with the fate of the mismanaged plutonium fuel (MOX) project at SRS, which suffered huge and debilitating cost growth over time. GAO repeatedly pointed out that MOX was a high-risk project and now it appears that the dual-track pit project may be headed in the same direction.

A number of cost and schedule threats are recognized in the cursory NNSA review, including “the timely delivery of war reserve parts, gloveboxes, specialty hand tools, machines, and fixtures are among the principal threats to the SRPPF project. In addition to these supply chain risks, the availability of the requisite number and type of craft and non-craft labor personnel are expected to hinder SRPPF project performance as it has other NSE [Nuclear Security Enterprise] projects.”

“NNSA must immediately implement transparency about the challenging SRS pit project and regularly release cost and technical information but it appears they are choosing the path of needless secrecy and obfuscation, a sure sign the project isn’t healthy,” said Clements. “The clock is ticking on this project and it sadly looks like we could have another MOX debacle in the making by an inflexible bureaucracy that urgently needs an education in openness,” added Clements.

For inquiries or corrections to Press Releases, please reach out to EIN Presswire.
✕
× Close Ad